Ultraviolet (UV) rays can cause various types of skin damage when exposed to sunlight.

In this paper, the repairing effects of HA on various skin damage caused by UV were reviewed from the aspects of scavenging free radicals, anti-inflammatory, anti-lipid oxidation, and anti-apoptosis. As the research on the performance of HA in after-sun repair continues to deepen, it will have higher application value and better development prospects in skin care products. In recent years, due to the increasing ultraviolet radiation, the incidence of various skin diseases such as sunburn, tanning, polymorphic photorash and even skin cancer has gradually increased due to UV-induced skin photodamage.

What is hyaluronic acid Powder?

Hyaluronic acid (HA) is a non-race-specific acid mucopolysaccharide commonly found in the intercellular matrix of biological skin and musculoskeletal tissues. It has excellent water retention and good transdermal absorption properties. In the body, there are many important physiological functions such as lubricating joints, regulating the permeability of blood vessel walls, and promoting wound healing.

UV irradiation can cause skin keratinocytes to generate ROS, which are mainly divided into superoxide anion radicals (O2•-) and hydroxyl radicals (•OH). Excessive ROS can destroy components in skin keratinocytes, such as liposomes, proteins and DNA. Hiramoto et al. found that exposure of mice to UVB radiation can lead to increased ROS levels in mice and induce inflammation.

3. The role of HA in scavenging hydroxyl radicals 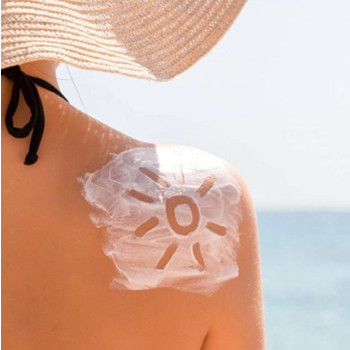 The lipids on the skin's keratinocyte membrane can maintain the normal structure of cells and regulate cell function, while the lack of lipids between keratinocytes can lead to skin barrier damage. UV irradiation can interfere with the signaling process of keratinocytes to a certain extent, resulting in the production of ROS, which attack and induce peroxidation of the cell membrane of keratinocytes and their lipids.

6. The effect of HA on apoptosis

When the UVB irradiation dose is 30mJ/cm² and long-term irradiation, various biological metabolic functions in HaCaT cells can be damaged, resulting in cell apoptosis and necrosis. At present, some research progress has been made in the inhibitory effect of HA on skin cell apoptosis induced by UV irradiation.

HA was added to the chitosan and gelatin system to evaluate the apoptosis of L929 human fibroblasts. The results showed that the chitosan-gelatin mixture containing HMWHA could inhibit apoptosis through the cell membrane, which could be inhibited by CD44 complex on cells. Body-inducible reactive sites interact with cell adhesion factors to reduce the percentage of apoptosis.

Therefore, HA has a good effect on resisting the apoptosis of skin cells induced by UV irradiation.

7. The effect of HA on acne caused by ultraviolet rays

UV exposure is an important factor in the pathogenesis of rosacea. Si Hongli et al. studied rosacea and UV minimum erythema, and all rosacea patients in the study sample aggravated the disease under sun exposure.

8. The effect of HA on the damaged skin barrier caused by ultraviolet rays

At present, the TEWL value is an indicator for judging the function of the skin barrier. When the TEWL value increases, the skin is prone to dryness, scaling, and sensitivity, resulting in damage to the skin barrier. Li Jianghui studied the effect of HA repairing biofilm on the skin barrier function of children with atopic dermatitis. The results showed that after treatment, the sebum content and stratum corneum water content of the observation group were significantly lower than those of the control group, and the TEWL values of the two groups of children were significantly lower. before treatment. Ma Ying et al. studied the changes in TEWL value of HA spray applied to the skin of patients after facial laser surgery. The TEWL value of the control group and the observation group decreased significantly after 14 days after using the HA spray compared with the first day after the operation.

9. The effect of sodium hyaluronate powder on UV-induced photoaging

UV irradiation will increase the content of matrix metalloproteinase (MMP) in epidermal keratinocytes, which will lead to the breakdown of collagen and elastin, and trigger skin aging.

With the rapid development of the cosmetics industry and the improvement of consumers' awareness of skin health, HA is an important functional raw material in cosmetics, and its various functional activities have been continuously developed and applied. Among them, sodium hyaluronate can significantly improve some skin problems caused by UV irradiation, such as skin inflammation, lipid peroxidation and apoptosis.

However, hyaluronic acid can also induce inflammation to a certain extent, and the research on this aspect is not deep enough, so the mechanism of side effects of HA under specific conditions of use is still worth exploring. In addition, the mechanism by which HA scavenges ROS to achieve antioxidant effect through self-degradation is not yet clear, and the specific mechanism in this regard deserves attention. The in-depth exploration of these mechanisms will provide more theoretical basis and research directions for the development of HA skin repair related products in the future.