Is Rice Protein Good For Health?

What is Rice Protein?

Rice protein is mainly composed of four types of proteins, including clear protein, globulin, alcohol-soluble protein and glutenin. The rice residue is mainly endosperm protein, which consists of albumin (4%-9%), salt-soluble 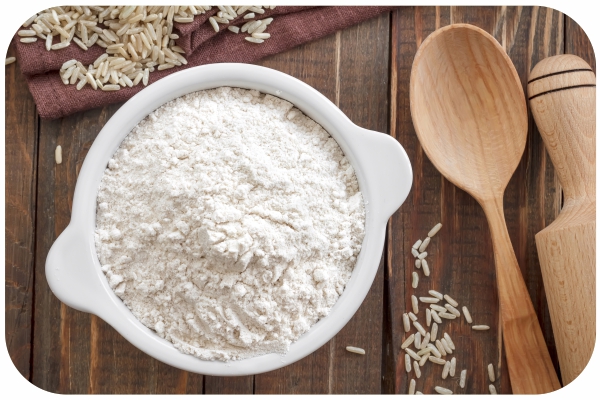 globulin (10%-11%), alcohol-soluble glutenin (3%) and alkali-soluble glutenin (66%-78%). The quality of rice protein is better than wheat protein and corn protein, and it is hypoallergenic, while the amino acid composition pattern of rice protein is better than that of casein and soybean isolate, and it can meet the amino acid requirements of children aged 2 to 5 years, which makes it ideal for developing foods for infants and young children.

Rice protein quality is recognized as the leader among cereal proteins. It is rich in essential amino acids, the first limiting amino acid lysine content is higher than other cereal proteins, and the amino acid composition pattern is close to the WTO/FAO recommended pattern, which is easy to be digested and absorbed by the human body. . Compared with other cereal proteins, rice protein has higher biological value (BV) and protein utilization rate (PER), the biological value can be as high as 77, and the protein utilization rate is 1.36%~2.56%, ranking first among all kinds of grains. . Rice protein is superior in quality to wheat protein and corn protein, contains high-quality lysine, and has low allergy, making rice protein very suitable for the development of infant food. The amino acid composition pattern of rice protein is better than that of casein and soybean protein isolate, which can meet the amino acid needs of children aged 2 to 5 years. In addition, rice protein can be processed into soy sauce, high protein powder, protein drink, peptone and protein foaming powder, etc. If it is degraded into short peptides or amino acids, it can be made into amino acid nutrient solution with extremely high nutritional value, which can be used in health drinks , condiments, food additives, etc. 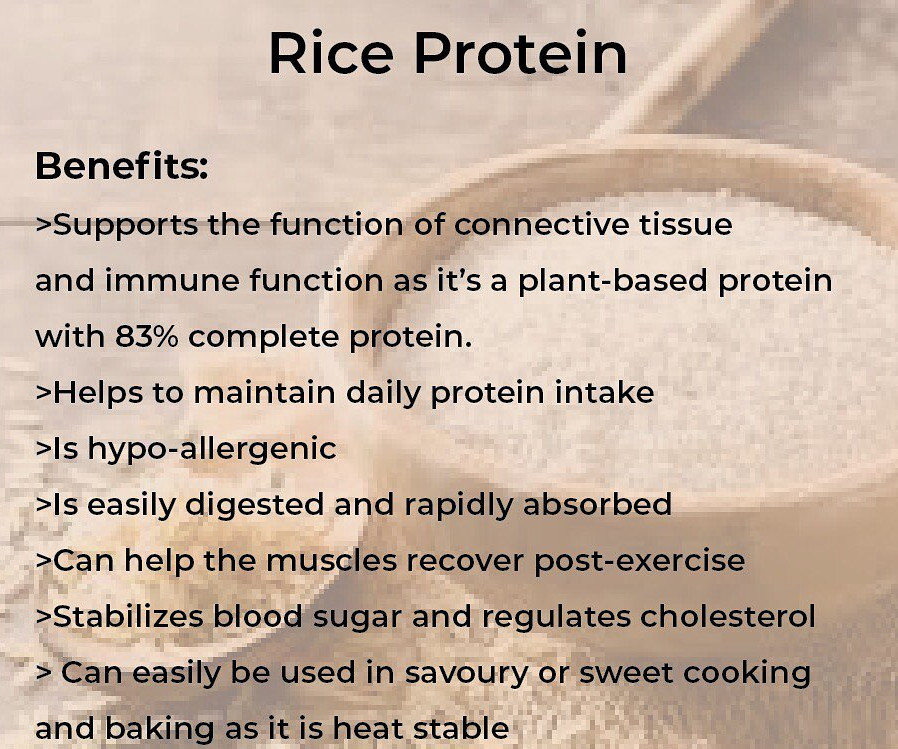 The effect of rice protein isolate on the expression of cyp4a and cyp2c in the kidney of young mice can improve the metabolism of arachidonic acid and can be used as an antihypertensive component. Studies have found that rice protein isolate can increase the amount of messenger ribonucleic acid (mRNAs), which are responsible for the synthesis of two important proteins cyp2c11 and cyp2c23 in the kidneys, which play an important role in the metabolism of arachidonic acid and hydroxyeicosatetraenoic acid. important role, and hydroxyeicosatetraenoic acid is important in regulating blood pressure. Clinical studies have found that rice protein isolate can lower cholesterol. Rice contains many chemicals related to its protein composition, including tocopherol derivatives, tocotrienols, and oryzanol, which have been shown to lower cholesterol.

A nutritious diet can prevent some diseases, such as heart disease and cancer. Asians are less likely to suffer from heart disease than Europeans, which may be related to the fact that Asians eat rice as their staple food. Relevant studies have found that rice protein isolate has a certain inhibitory effect on atherosclerosis in a mouse model of genetic high cholesterol, and can reduce the damage caused by atherosclerosis to arteries heart disease rate.

Emulsification includes emulsifying activity and emulsifying stability. Emulsification is one of the important functions of protein. Each protein has a certain molecular composition and specific spatial structure, and its emulsifying properties are closely related to the hydrophobicity of the molecular surface. Acid-base can change the charged properties and charge distribution of proteins, and change the spatial conformation of molecules, which may improve the physicochemical functions such as protein emulsification and foaming while improving solubility. For example, the emulsification of the rice protein hydrolyzate after being hydrolyzed by pronase is greatly improved.