Home / News / What is nattokinase good for?

What is nattokinase good for?

1. The discovery of natural nattokinase

Natto, originated in ancient China, has been produced since the Qin and Han Dynasties (221 BC - 220 AD). It is made of soybean products by fermenting soybeans with Natto bacteria (Bacillus subtilis). It is sticky, smells bad, and has a slight taste. Sweet, not only retains the nutritional value of soybeans, is rich in vitamin K2, and improves the digestion and absorption rate of protein, but more importantly, the fermentation process produces a variety of physiologically active substances, which can dissolve fibrin in the body and regulate other physiological functions.

The traditional method is to wrap the steamed soybeans with straw, soak the straw in 100-degree boiling water for sterilization, and keep it at 40 degrees Celsius for a day. Bacillus subtilis (Natto) commonly found on straw can produce spores The high heat resistance, the sterilization process is not damaged, and the high temperature cultivation speed can also inhibit other bacterial species, and make soybeans produce sticky filaments after fermentation. This sticky appearance mainly comes from glutamic acid in the ingredients, which is considered to be It is the source of delicious natto. 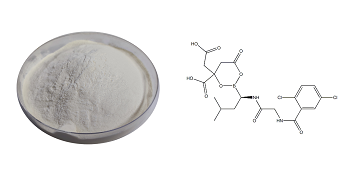 2. What is natural blood thinner nattokinase?

Natto is fermented from soybeans. Originally, natto was made by fermenting Bacillus subtilis on kitchen straw. Natto will produce a variety of physiologically active substances during the fermentation process. Nattokinase (NK) is a cellulose protease secreted by Bacillus subtilis during the fermentation process of natto, which has a highly effective thrombolytic effect. It is also called Bacillus subtilis. Protease has the functions of dissolving thrombus, reducing blood viscosity, improving blood circulation, softening and increasing blood vessel elasticity.

3. What is the difference between natto and nattokinase enzyme?

Nutritious natto has a wide range of health care functions, but it has an odor and also contains purine, soy isoflavones, vitamin K2 and other ingredients, which are contraindicated for many symptoms. The nattokinase obtained from the culture and purification of Bacillus natto is the most precious essence in fresh natto. Because of its sufficient and single components, the health functions such as thrombolysis, anticoagulation, and blood pressure lowering are more targeted and effective. predictability. Therefore, natto is not equal to nattokinase.

Studies have shown that nattokinase has fibrinolytic activity and can treat and prevent thrombotic diseases. At present, the research and application of Bacillus natto mainly focus on the role of nattokinase. However, as a health food, natto also has a variety of health functions, such as thrombolysis, blood pressure lowering, antibacterial and other effects, can prevent osteoporosis, improve protein digestibility, antioxidant and so on.

In 1987, Yuxing Yu and others at Fusaki Medical University in Japan first discovered that the extracted nattokinase was applied to the thrombus effect of dogs, which proved to be an enzyme preparation with fibrinolytic activity, so it was named nattokinase. A study of 200 substances with oral fibrinolysis found that nattokinase is the most potential fibrinolytic protease discovered so far. Compared with urokinase and streptokinase, it has a long half-life in vivo, can gently and continuously improve the fibrinolytic activity of blood, and is not easy to cause bleeding.

④ This enzyme is a serine protease, which has the effect of directly hydrolyzing cross-linked fibrin, but has no effect on fibrinogen. It is not sensitive, so the enzyme does not hydrolyze plasma fibrinogen when it plays a fibrinolytic effect, and it is not easy to cause bleeding.

As a thrombolytic drug, it has the following advantages: Bacillus natto has been certified by the FDA as a safe bacteria in the food industry; the molecular weight of nattokinase is small, which is easier to be absorbed by the human body; it can be absorbed by the digestive tract, so it can become the first oral solvent Thrombosis drug; it can directly act on fibrin and has a rapid effect; it can be produced by bacterial fermentation, so it is expected to be developed as a safe edible thromboprophylaxis with low cost.

Nattokinase contains angiotensin-converting enzyme inhibitor components that can treat hypertension, so its application in the treatment of hypertension can be further studied. Studies have shown that oral administration can significantly reduce the occurrence of deep vein thrombosis and limb edema. It also plays a role in the prevention and treatment of osteoporosis and diabetes. 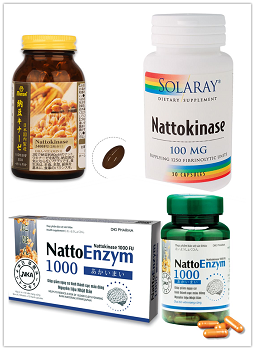